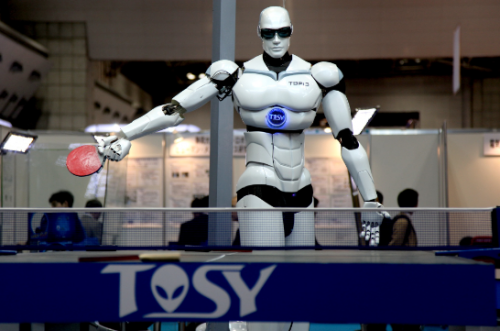 Recently a player aid developed by high stakes player skier_5 has come under intense scrutinity by the community and PokerStars.

Skier_5 has built a player aid that contains, but is not limited to, propogated preflop charts that assist in decision making in many situations. According to at least one player that uses this software, skier_5 has rented this software out in exchange for a % of the player's profits, depending on the specific buyin level that they play in.

Many players are in rage about the use of the player aid, and have observed previously lower stakes or struggling players move up several buyin levels in only a few months after using this player aid with practically identical preflop stats. The players using the aid have not as of yet revealed all the exact details of how it works or what it does when asked by fellow players.

In Defense Of The Player Aid

Some players that use the software have defended its use. The main defense of using the player aid stems from PokerStars approval of their playing habits. PokerStars investigated and concluded that the players aren't breaking any rules. A secondary defense has been that the players still have to make some difficult decisions. A third defense has mentioned charts such as nash being allowed in play.

The Case Against The Player Aid

The main case against the player aid is that it helps essentially automate many decisions. The proof set forth is that players known to use this aid, such as allingirl777, freechdogg and skier_5 (though several others are rumored to use it), have nearly identical stats in many situations, particularly preflop areas with large samples. Many players believe this crosses a line of fair play.

In recent times, preflop HUSNG poker has often been the deciding factor between a regular that can stay and succeed at the $200-500 level and one that becomes a target and is forced to quit playing or move down in stakes. Essentially automating preflop decisions in a successful strategical way takes a lot of potential decision making out of the game and can alter the actual game that you're playing from human vs human HUSNG to something a little different.

Nash charts don't actually give advice based on actual HUSNG poker. The situation that nash covers assumes your opponent plays perfect, and in the small blind does not take into account realistic actions such as limping or minraising.

The use of this player aid was reported to PokerStars in April 2015 by several players. PokerStars eventually ruled that the player methods were OK to use and did not violate the terms and conditions of the site.

The automated decision making software made by Skier poses a massive threat to online players everywhere. Poker is about making decisions and playing against other humans who are making decisions. When you play against a player who is using Skier's software, you are not playing against that player but instead against the software. When I play online I do not want to play against software--that's why I'm not playing one of the many poker video games, or playing against one of the many publically available bots. I want to play against a human who has to make his decisions himself, who has to think on the fly sometimes under great stress. It puts players who use the software on an unlevel playing field because they do not have to do the work themselves, and they do not succumb to challenges like tilt and mental focus. This type of automated software threatens the fundamental aspects of the game we love, and it needs to be banned. Players are not allowed to use ICMIZER or Coffeecalcs while playing, so why should they be allowed to use automated decision making software that effectively does all the work for them?

Does this seem fair to you? Let PokerStars know by emailing support@pokerstars.com and requesting that game integrity read your opinion on this being fair or unfair.

What's the big deal about it?

What's the big deal about it? Online-Poker never has been a fair game and whoever does not everything in his power, to get to the top is just nothing short of a complete moron.

Cash Game player, will go on and buy Hand Histories. Is it legal? Not really. Is it happening? Hell, yeah!

Players who advance in tournaments, will get final table coaching - which was been banned for years now and still every good "coach" - does it.

Players will exchange Hand Histories and notes. Is it legal? No. Does it happen? Yes, every day.

Pretty much every video of liveplay, which shows your opponents hold cards - even when he mucked - is in violation with Data protection. Shall we know shot down all training videos ever made?

How about Table Ninja? You can preset Bets. This saves you time --> you have limited time to think about your move, meaning, you gain an advantage over the player who does not use Table Ninja.

If you wish to make online poker a fair game - for everyone - you need to make each and every player an anonymous. Furthermore, mucked cards, of the losing player, should not be shown anymore. That is what would make online poker a "fair game" - but not a single pro would ask for this to happen, right?

Nobody wants a fair game and plays online poker at the same time...all everybody wants is to get ahead.

Spin & Go's was the premises

Spin & Go's was the premises of the final stage's of heads up poker, artificial intelligence is of course the terminal point.

Very good luck to all players who are not agree with this assumption....

(And shame on pokerstars to commit suicide)

hi guys ,anyone can please

hi guys ,anyone can please explain better how this software exacly works?? it is a kind of coffecalcs that make the move by itself without a human who click the button??it s a software or are charts??

I believe it is charts. I

I believe it is charts.

I think the community needs to decide what level of automation/ease of use is OK with regards to having pre defined strategies up during real gameplay.

Whether that means all charts become banned, or putting charts into a program with certain accessibility is banned during gameplay, I don't know.

Stars publicly mentioned that they are reviewing their policies in this area after the NVG thread, so hopefully we'll get clarity soon.

" think the community needs to decide what level of automation/ease of use is OK with regards to having pre defined strategies up during real gameplay."

Which level ?? But of course the only acceptable leve is the ZERO LEVEL !!??

Trackers are already objectively a total "legal cheating" so adding another more level of automation would be just like the official announcement of the end of online poker not less.

I say what level because some

I say what level because some level of charts, for example, have been used for many years now.

If you want to ban all charts (including things like nash), that's fine, but it's different than one has been known and accepted for years.

According to the pokerstars

According to the pokerstars lists of allowed and prohibited programs, coffeecalcs and icmizer are banned whilst the pokerstars client is open, as mentioned in coffeeyays article, but other quite surprising software is allowed, such as equilabs and flopzilla. Is this skier software doing something more than an equivalent of having one of these open with ranges saved in them? Is it automating the actions taken, or just acting purely as a chart, with the player then having to click the buttons themselves?

It sounds like a player using skier's aid has to verbally say the situation they are in (perhaps something like 10bb deep with A7o in small blind) and then a chart comes up. There is also a randomizer, so it is assumed that the chart has various frequencies (such as 75% limp, 25% open shove) and the randomizer allows the player to make these actions at those frequencies.

Are the charts based on

Are the charts based on nash or they give you answers based on some data you have on villain? whats the difference between writing some nash charts or exploitative charts on paper and have them next to your desk and this software? is the software more practical i guess?

The only real differences I