27, has an undergraduate degree in philosophy 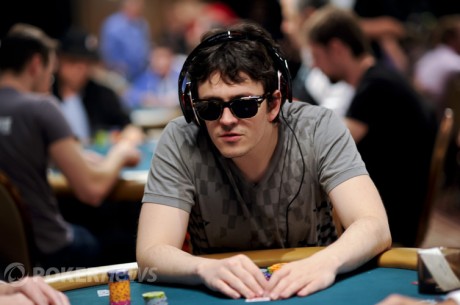 I've always liked games. I don't particularly like having a boss or having to show up to a job every day.

2) When did you start playing and when became pro?

I started playing my senior year of high school (2003) and was playing mid stakes lhe online pretty seriously by the end of 2004.

3) What is your other activities besides poker?

I like to travel and I'm very into food. I play other games, in particular Magic.

Magic is a strategy game played with cards that combines a lot of the best elements of both poker and chess. It was created in the early 90s and has been growing pretty steadily ever since. There's a pretty large international competitive scene that supports 100 or so professional players. The company that makes the game releases new sets of cards several times a year so the game is constantly evolving.

A lot of poker players actually got started in Magic. Some of the better known ones include fellow Stars pros David Williams, Dario Minieri, and Jose Barbero, Justin Bonomo, Brock Parker, Eric Froehlich.

The world championship tournament has a prizepool of like a quarter million dollars, first is like 50k or so, and there are a few other comparably big tournaments a year and a bunch of smaller ones. No one is getting rich playing Magic, maybe 100 people support themselves at it, including by making money, writing articles and creating strategy videos and stuff.

When I was 15 I won a couple junior tournaments that paid $1000 in college scholarship money to the winner, that's my biggest accomplishment as a magic player.

(This is the list of languages they're currently printing cards in: English, French, Italian, Chinese Simplified, Portuguese, German, Spanish, Russian, Korean and Japanese - if you want it in your country raise your hands now!:)

mrGR33N13 shows a pair of Nines

mrGR33N13 shows a pair of Eights

Can someone please explain

Can someone please explain why Isaac Haxton shoves the river in the J2 hand?

"If you want to win, you must not lose!"

Probably because he knows

Probably because he knows from past history that mrgreen is going to.call w k high... ;)

He has the best hand here

He has the best hand here most of the time and is shoving for value. His perceived range does consist of many blufs and hardly any made hand (probably only 2x and 4x) and thats probably why greeny calls down with his K high, thinking it is good enough of the time.

Animals. I am amused that Greeny needs the 5k side bet to incentivise him to play his A game.